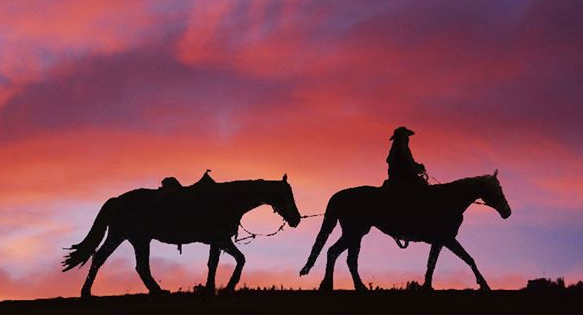 Two days ago I launched HorseRecords.info, the Horse Husbandry app that I had been working on for the last two years.

It is a tool to help people manage their horses. The market is horse owners, and while I am initially focusing on Australia, I already have international customers.

HorseRecords is a SaaS web application programmed by one developer.

Here are some learnings from the first two launch days (in no particular order):

I booked out the weekend where I said to my family that I was attending to the launch – so I wouldn’t be able to get to much. This amount of time was necessary so I could focus on the launch.

Have a friend join for real – while you watch over screenshare

I was lucky enough to have a dear friend who also has horses and said that he would join once I launched. For the price of a pub meal (schnitty with pepper sauce) I was able to convince him to meet via Zoom early on launch day and I watched him join. All seemed to go well (thank goodness!) but as he was going through the system after logging in we found a edge case bug.

I was able to fix it without too much trouble but it leads me to me next point:

Not matter how good you testing team is (and mine was awesome) new customers will find bugs on day one. So prepare yourself.

My testing team were good, real good, and they most certainly knew their own minds. But no matter how much you test, there will always be that edge case that gets missed or doesn’t happen in your automated tests or your human tests. So be ready to attend bug fixes on the fly.

You know how you were going to watch the site launch on the weekend and maybe get some development in as well? Yeah, that is not going to happen

My suggestion is that blocking out the weekend is a good idea – but while you may have some dev tasks ready to do – be prepared to know that they won’t happen. You will be fixing bugs, and answering customer questions.

I was lucky enough to get some dev done on day one but most of the day was handling launch information with customers and fixing the odd edge case bug that came up.

Thank your customers for joining

I am thankful to all my customers who have seen the value in my product and how it can help them. I also appreciate the trust and faith they have in what I’ve programmed and advertised that they are giving their hard earned money over for the product. The least I can do is thank them.

So the launch day was intense. I spent a full day glued to the computer at a high level of attention. If I wasn’t answering customers questions, fixing little bugs or checking reports I was looking over the site and checking that everything worked in production as it did in the dev environment.

But, when I finally finished for the day and was making dinner (butter chicken) I got some email notifications that a couple of customers had joined. It felt so good to have customers join when I wasn’t actually working. I felt a rush in knowing that I was beginning the journey of no longer swapping time for money.

I hope one day to be able to move on from my day job and work on HorseRecords full time. And yes my boss is aware of my eventual goal.

In production you don’t have debug on (right?). So stack traces of errors won’t appear – all you get is the 500, 404 etc. error pages. Sentry (and products like it) takes the stack trace of your errors and reports them in a nice interface for you. That way you can see the errors and have a fix out – often before the customer has contacted you.

A most invaluable tool.

Remember to take time out in the day for a break

It is very exciting when you launch your product but make sure you keep work life balance in place. Take a break for lunch and a few breaks throughout the day to let your family know you are still alive. This refreshes you and allows you to come back to your launch with a clear mind.

I took a light lunch and played some computer games in the middle of the day. For my mid morning breaks I helped my children with their bikes. These were good times.

Your customers won’t notice that it took an extra few minutes to reply to them – and they will appreciate when you come back that you are giving them the right answers.

You don’t need to be a hero here. Just do what you know, get the site launched but look after yourself at the same time.

Draw a line in the sand and launch

Developers get paid to add features. It’s what we like to do and the act of creation is what we crave. However you need to stop at some point and launch with what you’ve got.

I have so many more features that I want to add to HorseRecords but if I added every feature I want – then I’d be coding for the rest of the year and wouldn’t ever launch!

So take a step back and launch.

Now I know the common statement in this space is to launch with Minimum Viable Product (MVP). I coded a lot beyond MVP simply because I wanted to present a product to the market that was perceived are fairly complete.

I’ve sure there are a lot of Marketing guys freaked out about the above statement!

I had a facebook page that I had been nurturing for over a year that acted as a developer log.

Interested (and patient!) people followed the page and kept in touch with features I was building. The great thing is I got feedback as I went along.

So when I launched I simply told the page followers that I was launching. My dear mother in law (who is very well known in the industry) shared my launch video to a bunch of pages and I was away!

While I’m not able to work full time on the product I am seeking a constant flow of customers joining and providing feedback. Once I have more funds coming in then I will look to other marketing methods beyond Facebook.

Why did I choose facebook? Well, that is where my customer demographic is.

Launching the project was fun and quite intense. You will sleep well those nights. There is not much I would change about how I would launch if I had to do it again. Customer feedback has been quite positive and I have been able to handle their questions efficiently.

Hopefully this post has helped you with launching your SaaS product. Take as little or as much of this advice as you need that is relevant to your situation.